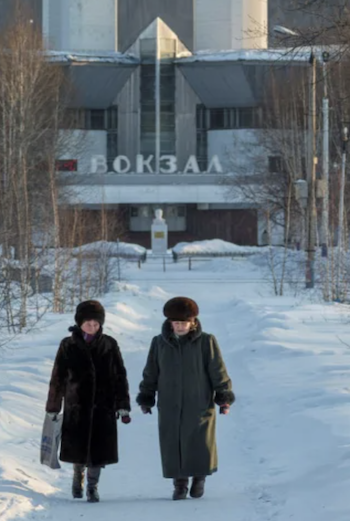 I am indebted to Professor John Tingley of York University, Toronto, Canada for drawing my attention to the following explanation for this in an article by Lucien Tesnière:- Les antécédents du nom russe de la gare - in Revue des Ètudes Slaves XXVII (1951) pp 255-266.

M. Tesnière explains that the "Vauxhall" at Pavlovsk was the destination of the first Russian railway line (built in 1832 from Vitebsky railway station in nearby St Petersburg) and so the word Vauxhall became synonymous with railway station. Professor Tingley is not aware that anyone has questioned M. Tesnière's explanation, and it is repeated in all Russian etymological dictionaries.

(It is possible that the station and the adjacent amusement park were built at the same time, so strengthening the link between them, but I have not seen this confirmed.)

The Russian Vauxhall had been developed by Michael Maddox, an English entrepreneur and theatre manager, who had previously run entertainment venues in England as well as St Petersburg, and had of course visited Spring Gardens.

(There is another theory, which is that Vauxhall Station was visited in the late 1800s by a delegation sent to Britain by Tsar Nicholas I. The delegation learned that Vauxhall, the last stop before Waterloo, was a ticket collecting point and perhaps thought that "Vauxhall" meant this, rather than being a place name. But I am not aware of any evidence (as distinct from frequent repetition) which supports this theory.)

Vauxhall Pleasure Gardens were, however, certainly visited by Russians.   You might like to look at a delightful letter from the Russian historian Karamzin.

Finally, here is a picture of Tashkent central station in (the former Soviet Republic of) Uzbekistan.  It is interesting that although Tashkent is rendered in both its Cyrillic and Latin form, the word STATION is rendered only as VOKZAL in the (now official) Uzbek Latin alphabet. 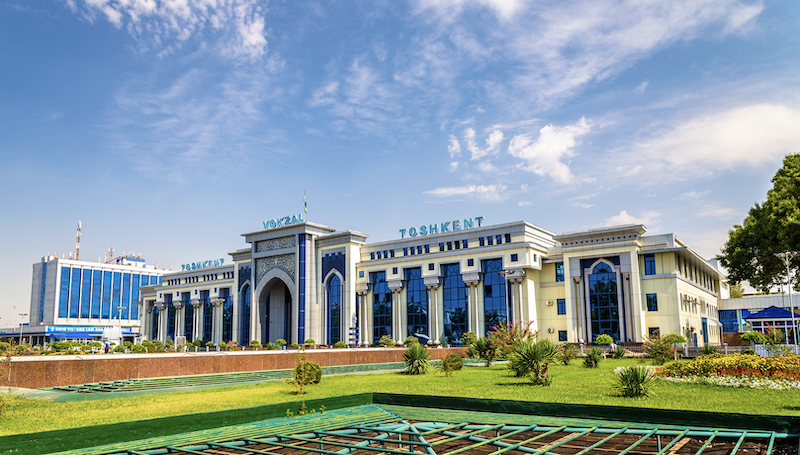