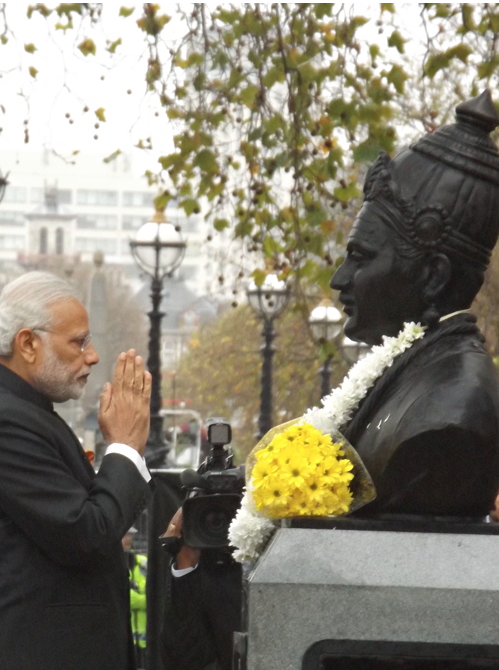 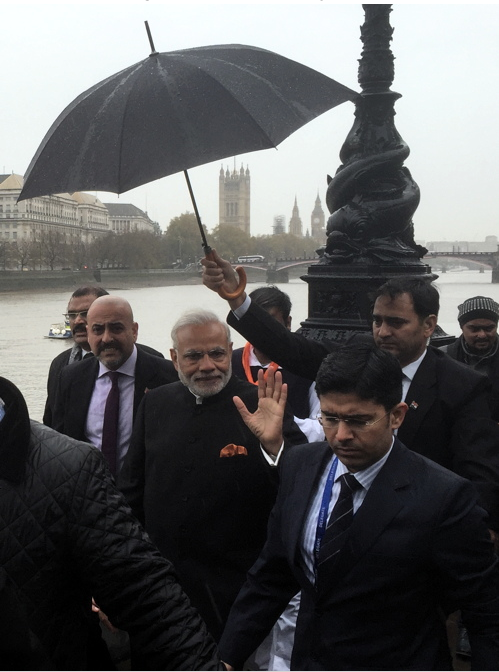 This bust was installed on the Albert Embankment in 2015, and unveiled by Indian Prime Minister Narendra Modi.

Lord Basava was a 12th century Indian philosopher, statesman, and poet, greatly revered by Hindus. He challenged the caste system. His preachings included the following:

The unveiling was attended by (from left to right) Keith Vaz MP, John Bercow MP (House of Commons Speaker), Steve Reed MP (former Leader of Lambeth Council), Priti Patel MP and Lord Archer (who lived in the apartment building next to the statue). 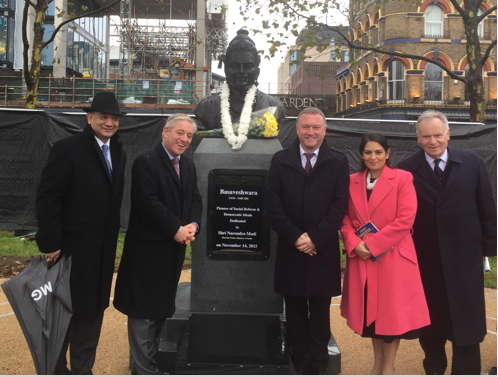