Lambeth has a starring role in the fight against cholera - and a more important role than the more famous Broad Street pump. This was because it was shown that the survival chances of those living on either side of the Clapham Road depended upon their choice of water company - i.e. the colour of your neighbourhood in the map below. The story began in 1848-49 with a major cholera epidemic in the streets behind what is now the Albert Embankment. A plaque at the river end of Black Prince Road records the then accepted view that cholera was caused by bad air ('miasma'). 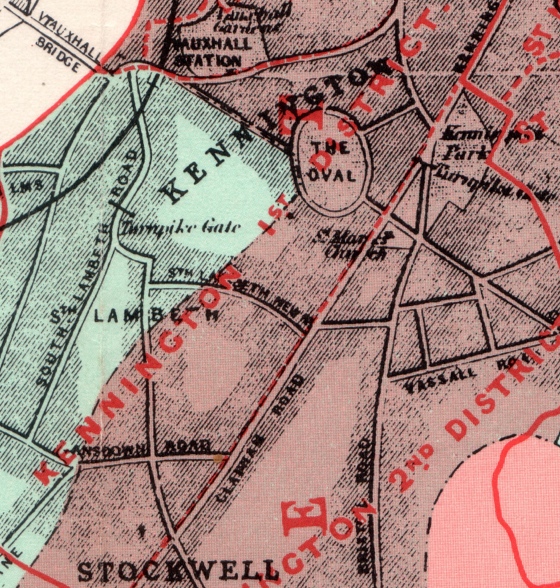 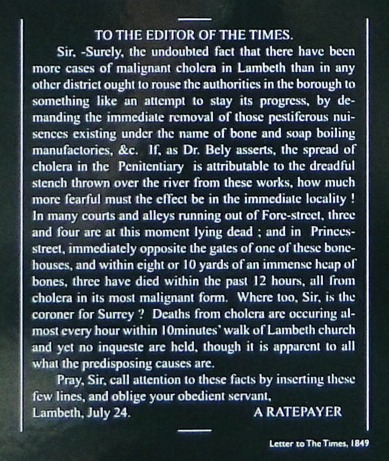 Separately, the Lambeth Water company built a new reservoir up the hill in Brixton and in 1852 began to supply it by pumping water filtered through Harwich sea shells from the non-tidal Thames at Seething Wells in Surbiton. Their plant can still be seen today on both sides of Portsmouth Road near the corner with Brighton Road - see photos below 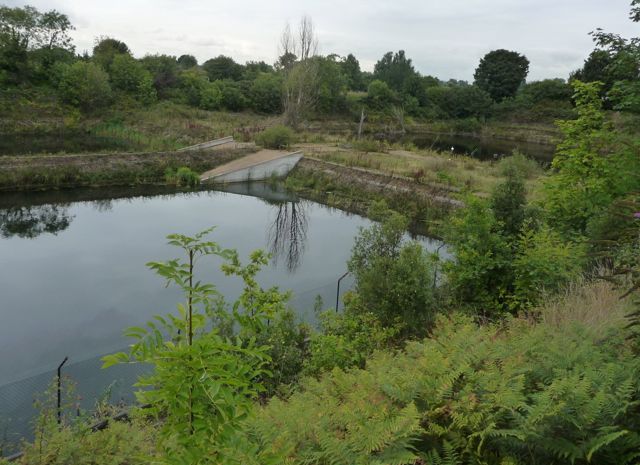 During the next cholera epidemic, in 1854, Dr John Snow argued that the illness was spread through water, and persuaded the local authority to close the Broad Street pump in Soho around which there had been a great many fatalities. But a proper scientific investigation was needed and Snow accordingly then conducted his Grand Experiment in Lambeth, focussing on the area where some houses took their relatively clean water from the Lambeth Water Company, whilst other houses took theirs from the Southwark and Vauxhall Company which drew its waters direct from the nearby Thames where the contamination of water with sewage was common.

The first image, at the top left of this note, is is an extract from a map used by Dr Snow to analyse mortality rates. Southwark and Vauxhall Company's territory was coloured blue, but faded to green on the map. Lambeth's territory is coloured red. The overlapping area (purple but faded to gray-red on the map) is where John Snow analysed the results of his natural experiment. (South Lambeth New Road is now Dorset Road.) (A high resolution version of the whole of Snow's map can be found here)

There is much more fascinating detail on the UCLA website